In the spirit of the season (which is all about cool toys), here's my consumer advice for the spec-obsessed camera buyer:

Too many buyers are way too interested in pixel counts. I'd hoped consumers would have learned better, but the latest feeding frenzy over 10 megapixel (vs. 8 megapixel) cameras sadly proves otherwise.

Pixel counts matter less than some think. Image resolution goes as the square root of the number of pixels. A 10-megapixel photograph has only 12% more resolution than one of 8 megapixels, all other things being equal (they're usually not). It's almost impossible to see a 12% difference under laboratory conditions with carefully designed test scenes. Realistically, you might just discern the difference between an 8-megapixel and a 10-megapixel image, but probably not. 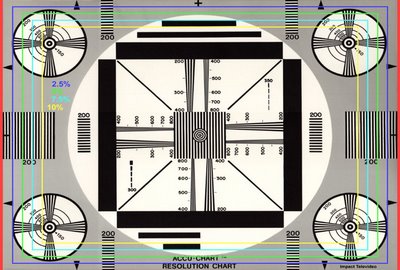 A 10-megapixel photograph has only 12% more resolution than one of 8 megapixels, all other things being equal
We're easily fooled by numbers. People will pay much more for a 250-watt home sound system than a 200 watt one, because they think they're getting a lot more sound. Any audiophile will tell you that's only a couple of dB. We're seduced by CPU clock speeds; look at the huge premium manufacturers command for a new processor that runs at, say, 2.8 gigahertz instead of 2.4 gigahertz. In otherwise-matched systems, that will gain you less than 10% on throughput. Is it really that important to be able to run your Photoshop action in 55 seconds instead of 60 seconds?

Worse, things are never equal. A 250-watt sound system with high peak distortion isn't half so good as a 200 watt one with low peak distortion. A 2.8 gigahertz processor on a slow mother board with slow RAM and an IDE hard drive will poke along compared to the slower processor supported by a fast board and RAM and a SATA drive.

Different digital cameras extract very different amounts of sharpness and fine detail from their pixels. There are 8- (even 6-) megapixel cameras that produce sharper photographs than the poorest 10-megapixel ones. Raw pixels don't count. It's what you do with them.

Dig deeper into the specifications. Find comparison tests that tell you real camera resolution in lines. Learn whether those extra pixels are actually getting you extra detail or you're just paying for a big number. And, remember to take a close look at noise levels, color accuracy, and exposure capture range. They're worth more to you than a smidge more sharpness.

Posted by: CTEIN
Question from dingbat: I'm still confused by conflicting advice on this issue. Doesn't it all come down to print size? Yes, a 10-MP camera nominally has 12% more resolution than 8 MP, but isn't that meaningless on an 8x10 print? In fact, wouldn't a 36-MP image look the same as a 6- MP image on an 8x10 print—maybe even worse due to the downsizing?

Ctein responds: That's an excellent question, and there's a lot of complicated information that goes into the answer. Whole articles have been written. Forgive me for just presenting results here without providing any supporting data.

First, sending more pixels to the printer doesn't produce worse results than sending fewer. Don't worry about that. You don't need to downsize anything before printing.

As for how many pixels are enough, consider a 10 megapixel camera image being printed out as a 7 in. by 10 in. photo. An average 10-megapixel camera actually has a resolution roughly equivalent to 3.5 megapixels. In a print that will work out to (insert mathematical arm-waving here) about 4 lp/mm.

That is a nice, decently-sharp print! But it's not the limit of what we can see; good eyes under good viewing conditions can resolve detail twice that fine or better. If you put a print that resolves 8 lp/mm next to one that results 4 lp/mm, you will see the improvement in sharpness. Kind of the same way putting a really sharp 35mm film print next to a really sharp 8x10" film print shows the difference. There's nothing wrong the 35mm print! It's just the 8x10 format print looks even sharper.

It would take a 40-megapixel camera to get you to that 8 lp/mm in a print (and that's not even the limit of what we can see). We have a long way to go before running out of sharpness improvements.

Do you need a 40-megapixel camera? No more than you need an 8x10 view camera. Would it be visibly better? Yes. Would it hurt? No.
8:10 PM
Unknown