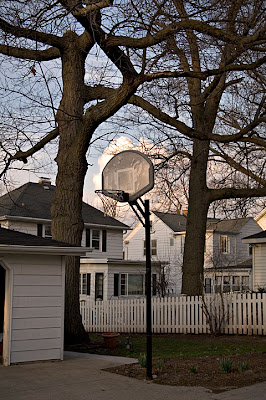 Apropos of nothing, I've got to say that this weather is freaking me out. I know, I know, the weather is supposed to be nothing but another partisan political debate (Dems: The sky is falling! The sky is falling!; Repubs: Don't know what you're talking about; our heads are securely encased in sand) and I know, it was virtually yesterday that I was complaining bitterly about the cold...but that's just the thing; it was virtually yesterday.

Here in Wisconsin we had a very strange winter. December and January were extremely mild, with "winter" basically packed into five weeks, the four weeks of February and the first week of March. And it was some kinda serious winter, with weeks on end of sub-zero nights and copious amounts of snow. But now we've just had two eighty-degree days in a row. (That's 26°C, for those of you with no respect for illogical traditional measurement systems.) Eighty degrees. In March. In Wisconsin. Less than three weeks ago I was happily griping about the frigid cold, and there was so much snow heaped up every which-where in my alley I almost couldn't get the car out. Holy greenhouse effect, Batman.

I don't know if you've noticed this, but it also freaks me out that they're suddenly pulling all sorts of giant squid out of the Southern Ocean, after millennia of giant squid being the most elusive of creatures. Something seems to be off, and every now and then it strikes me as ominous. I can't say I like it. The Republicans claim it's nothing but a natural cycle, and has nothing at all to do with us pumping trillions of tons of hydrocarbons into the atmosphere. It's not often that I find myself hoping the Republicans are right. 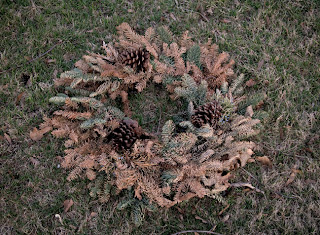 On the other hand, I can't say it isn't pleasant: the warm weather got my lazy butt out of the house with the camera for a loop around the neighborhood. That's something good, eh?

Featured Comment by Samik: Well, you're not alone wondering. We had extremely warm December and January too. And now it's +15C—all-time high.

In Finland! We're almost on other side of the globe from you.

It's freaky. But I kinda like warm weather.
6:09 AM
Unknown