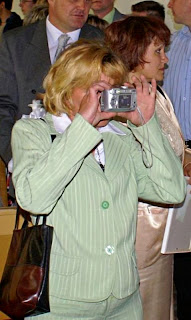 This is very funny. (Warning: the second picture down is not workplace/
school friendly.)

Posted by: MIKE JOHNSTON, thanks to Sandy R. 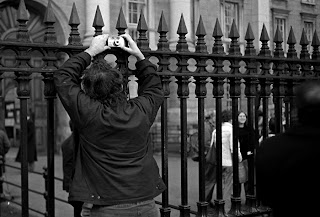 Featured Comment by helge.nareid: "Back in the early '80s I spent a year or so doing quality control in a photofinishing plant. One of my tasks was to spool through rolls of prints as they came off the processing machine. During that time I saw a fair cross-section of 'real people' photographs. I've also seen a fair number of the common mistakes, such as the result of taking a photo of a TV screen with flash.

"One roll of 110 film stays with me though. It shows a series of shots of an uninteresting landscape with an out-of-focus ear on one side. Clearly, the photographer shot an entire roll of film holding the camera back to front, which was easy to do with some of those cameras. The entire roll must have been shot at the same time, the landscape did not change significantly through the roll. I'm still wondering what was so important to the photographer that he wanted to expend an entire roll of film.

"These days at least, you don't have to wait for the film to come back from the lab."
9:51 AM
Unknown