Georgia On My Mind
In the heart of the America South, in the sunny state of Georgia , live three remarkable photographers who bring a distinctive perspective of their lives and worlds.


1.
Atlanta resident Otto Kitchens has been photographing since high school. But it wasn't until after university that Otto began to take his photography more seriously while documenting his many travels. Otto's photoblog, Lenscape, reads almost like a travel journal: from the landscapes of Ireland and Scotland or the majestic Alps from a recent trip around Mont Blanc, to the warm and moving landscapes of the American South, and simple stills and scenes of the world around him. 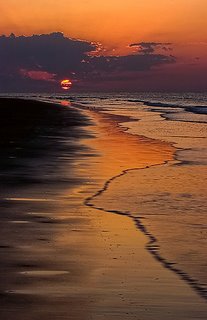 Lenscape is a journey through a creative man's mind, with charming poetry included to enhance the fantastic images. Otto began his photoblog late last year after first following several other photoblogs, then feeling compelled to start his own. There, we can see Otto's unique perspective on the ordinary around him, on nature, and on Life in general. Digital shots as well as the dreamlike and many times obscure images from a Holga camera are found on his site.

As a self-described tech-junkie, Otto has always been heavily involved with technology, first going to a technical university, and now working as a developer of IT operations strategies for a large computer company. But photography is opening him up to a whole new world: "…I'm finding that photography is satisfying needs that I really wasn't aware of. Whether I want this to merely remain a hobby or become something more, I'm still not sure. But for now, I'm having a lot of fun doing it."


2.
Images of rural Georgia and quiet Southern life can be found on A Little Piece of The World, the photoblog by Faustina Black. Faustina's images evoke feelings of nostalgia for long lazy summers, warm breezes and long walks. Her goal is to create an experience, and she succeeds by sharing her experiences with the viewer, not only visually, but also through her eloquent Haiku. 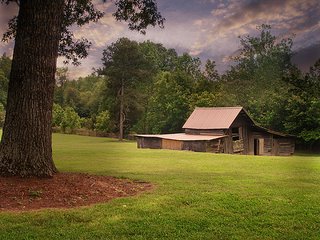 Faustina first became interested in photography in high school while traveling abroad as a student ambassador. She purchased her first camera, a few books on photography, and completed some photojournalism course work. Although many of her first images were not of great success, the seed was planted, and years later, grew into what is now a great passion for photography. "I want to expand my photos to everything that I can, where ever I am," she explains. "I see great photos in my head, and try to capture the same feel with what I can around me."


Photoblogging began for Faustina when she received many positive responses to the images she would post to one of her writing blogs. She then evolved that into a crude photoblog, and eventually developed the beautifully designed site she maintains today. Her photoblog now serves as both a daily journey through her world, as well as a gallery for her emerging profession.

With the goal of turning her passion into profit, this lively twenty-four year old wife and mother has the vision and drive for a successful career in photography. Both a literary and visual feast, Faustina's photoblog can uplift and inspire.


3.
From the country to the city, we find photographer Sebastian Shuster, another Atlanta resident. Moody and methodic, Sebastian's style can be described as thoughtful, inward, and solitary, and his photoblog is appropriately called Sull3n.

Sebastian discovered photography when shopping for a Christmas gift for his sister four years ago. He purchased a camera for her, and fell in love with it himself. Since then, and several cameras later, Sebastian has been exploring his world through images. Photoblogging was the natural progression for this burgeoning photographer who felt that displaying his artwork would help to complete the image making process 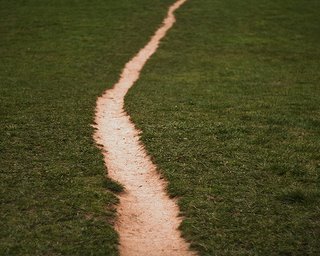 Sebastian prefers to shoot the solitary corners, the isolated spaces that inhabit his world. He seeks out the quiet spots, unknown or over looked to many.

"I photograph to learn, I enjoy the discovery process and learning how to see. My goal is to make what we see in our ordinary lives more beautiful. The hint at something greater just underneath; the feeling of being on the verge of a new discovery."

And it's this emotive quality that sets Sebastian apart. His images, from the sloping landscapes to the pensive still lifes, are full of passion and feeling, and reflect the forethought and careful planning that goes into each and every photograph.

Working in network operations for a large cell phone company, newlywed father of an energetic six year old, Sebastian hopes to one day be able to make a living through his Art. Some of his work can be found at the Composition Gallery in Atlanta, where prints can be purchased.