Smart, talented, and young
Standing out among the many photographers out there can be a daunting task. Clear vision, unique perspective, and technical skill are all necessary, and, for many, can take years to develop. Here are three young men who have one factor that helps them to stand out: their age.

At 16, 17 and 18 years old, these three photographers are already on their way to a successful career in photography. All three, although different from each other, possess the talent and drive to take them where they wish to go.

1.
Gavin Mullan's dream of becoming a professional photographer seems within his grasp. In his second year studying photography at the Belfast Institute of Further and Higher Education, in Northern Ireland, this gifted 18-year-old photographer is building an impressive portfolio on his photoblog, Headphoneland. 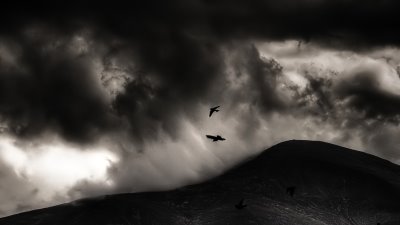 Gavin Mullan, Lift
Growing up surrounded by art in his parents' gallery, Gavin was naturally drawn to all things creative. After a few art classes, Gavin felt the pull towards photography. He experimented with his mother's camera and was hooked. A friend introduced him to the world of photoblogging, and Gavin seized the opportunity. 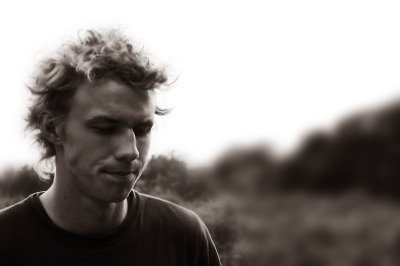 Gavin Mullan, Johnny
Not your typical Irish photoblog, there are no images of rolling green hills or rugged coastlines to be found here. Headphoneland is filled with sharp, often dark and stark images. Gavin's photographs reflect exploration—they are emotive, gritty, often moody and perhaps even at times oppressive. He has the ability to evoke reaction and spark an emotion from the viewer.

"I think that's great the way one image can mean something completely different to each person. I never really thought that any of my photographs could make someone feel a certain way about them…Maybe the subject choices I make come from somewhere I haven't found yet, and that really excites me."


2.
In a small middle school art class in Ann Arbor Michigan about five years ago, a teacher brought his students into a small room with one light hanging from the ceiling, and a swivel door. For three weeks, they were taught the fine art of pinhole photography. In Gabriel Loeb, an 8th grader at the time, a photographer was born. "The idea that you could take a cookie tin, stab a hole in it, and put a piece of paper in; and then come back in 30 seconds, toss it in some chemicals, and have a picture was amazing to me."

Now 17 and a senior in high school, Gabriel's fascination with photography has grown considerably. After a few years of studying film photography, Gabriel has moved on to digital. His photographs, which reflect both his youth and innocence but also a trained eye with fine technical acumen, can be found on his photoblog, Simply an Idea. 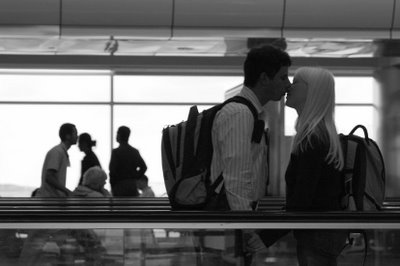 Gabriel Loeb, Chance
Gabriel's images echo a mature sensitivity, and are often intimate and thoughtful. From delicate nature close-ups to soft abstracts and quiet moments, Gabriel's photographs reflect the introspective side of this outgoing teenager who enjoys hanging out with friends on the weekends as much as he does searching for his next picture.

From his photoblog, he writes: "Photography does not seek to replicate reality. It gives those willing to accept it a distinctly different view, even if it's just from another angle." 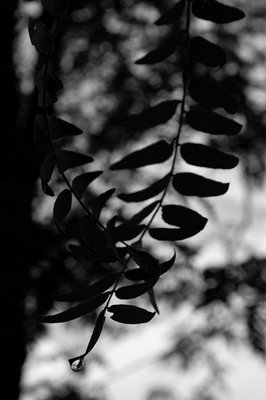 Gabriel Loeb, Droplet
Although he may not pursue photography professionally, with an ambitious course load in school and college just around the corner, the future is at hand for Gabriel.


3.
Photography may be a new venture for 16-year-old Azhar Chougle, but this young man from Mumbai, India has tenacity and ambition that guarantees success in anything he pursues. In addition to being a burgeoning photographer, Azhar is an A student, an entrepreneur, a web designer...and a photoblogger. His work can be found at The Daily Sunrise. 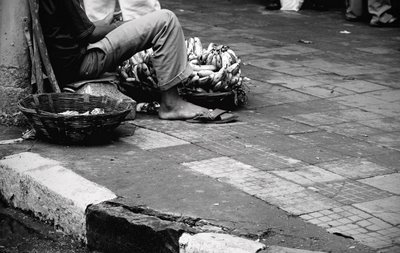 Azhar Chougle, Half
Azhar began shooting just this year in March, and since then has taught himself some of the ins and outs of digital photography and Photoshop. His images are very often arty and experimental, and energetic. Azhar shoots architecture, everyday life in India, and of course, the sunrise from his window.

Azhar describes himself as "one who just likes to challenge himself every time, and do it better than others…[I] also happen to be reputed as a strange boy walking around my area with a camera too big for his age." Maybe not strange, but he is definitely unusual. 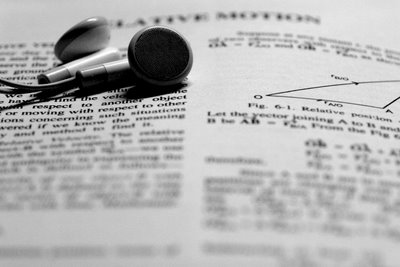 Azhar Chougle, Hearing Relief
Although quite young, Azhar uses his youth as an advantage in his pursuits, a way to stand out. In addition to designing his own site, he has also designed his school's website, and has built a hub for all of his projects at The Daily Network. Azhar dreams of a future in web design or photography.

With drive and ambition like his, I think Azhar is sure to be a success.