Still-Life Mentor to a Filmmaking Generation 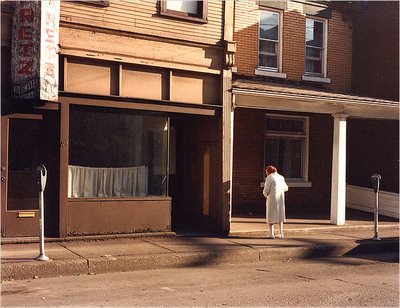 For much of a half-century of taking quiet, subtly powerful pictures that demand and reward long looking, Jerome Liebling has been known as a photographer’s photographer. The label is both a high compliment and an acknowledgment that Mr. Liebling, now 82, has not enjoyed the acclaim accorded to many of his contemporaries who first took their cameras to the streets of New York after World War II.

But a more fitting way to describe Mr. Liebling would be as a documentarian’s photographer. And judged by that standard, his work has rarely suffered from a lack of attention. In fact, spend any time watching the films of Ken Burns, or those of the legions of documentary makers he has inspired, and you will see Mr. Liebling’s work, in a sense, even if you have never laid eyes on one of his photographs....

Posted by DAVID EMERICK
7:28 AM
Unknown