In the three years I've been using DSLR cameras, I've had great results with mechanical dust-prevention systems. (I say "prevention" because as I understand it, no manufacturer intends a "dust buster" mechanism to clean a filthy sensor—its function is to keep the sensor from getting dusty in the first place.) My Olympus E-1 has made over 50,000 captures and I've never had to clone out a dust speck.

A Pentax K10D that I used for over 4,000 captures never picked up any dust either. I've become so accustomed to this that I was surprised this past week to discover dust on the sensor of another K10D camera, at about the 5,000 capture point:
  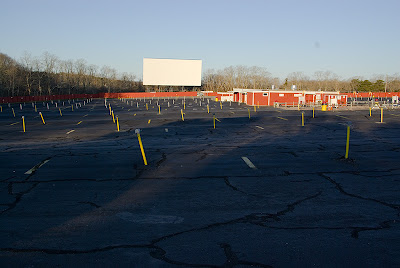 Carl Weese, Wellfleet Drive-in Theater
Big floater up there in the sky on the right. There's another one hidden in the dark area more toward the center, as you can see in this test shot, made right after I saw the problem in the picture of the theater:
  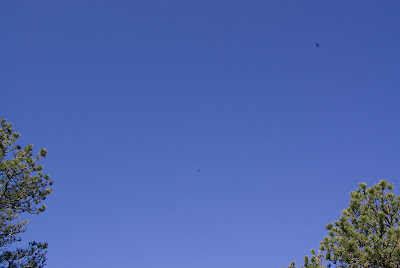 At least I was relieved that I spotted it after downloading a card from the early morning shoot, because I was about to use the camera for a set of room interior illustrations with lots of smooth walls that would show up a dust spot quite handily. So, first I had to get out my iBook and find the PDF instruction manual for the K10D to look up how to make the camera "say ahhh" for a sensor cleaning. After all, I'd never had to do it before. Along with the mechanical dust prevention system, Pentax claims that the front of the K10D sensor has a special coating that is, well, extra-slippery, so that most dust that does get to the sensor will easily blow away without needing a physical contact-cleaning method.

Time to find out. I used a squeeze-bulb blower that has lived in my equipment cases for decades prior to digital capture. I gave the sensor a dozen or so squirts of air, then closed up the camera and made another test exposure: 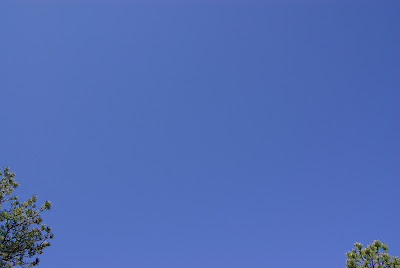 Boy, was I relieved! Next order of business was to get back to the job:
  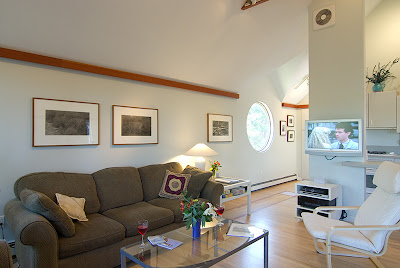 Carl Weese, Main Room, "The Laurel," Truro, Massachusetts
Look Ma, no dust! (This JPEG is from the default RAW file; for a delivery file I'll do some tonal adjustment, remove the slight barrel distortion evident mostly in the tall pillar, and retouch some of the room fixtures.)

The next thing I wanted to find out was exactly when the dust appeared. Working back through the folder of captures in Bridge, it was there for the whole morning shoot, back into the evening before, where it disappeared. Sure enough, the dust arrived exactly at the point of a lens change. I'd been shooting on the beach in a near gale force wind, using a 12–24mm, and wanted to switch to a 40mm. No, I did not take a lens off on a beach in the wind. I returned to my truck and made the change in the quiet of the cab...but I was in a hurry. I keep a shaving brush in my camera bag and use it to dust the lens (the outside, not the glass!) and front of the camera with special attention to the lens mount area, before changing lenses. I also dust the lens that is about to be mounted, without removing the rear lens cap. Except, not this time. I wanted to hurry out before I lost the light, and collected dust kitties along the way. New Rule, anyone?

For more dust-free pictures from Cape Cod, pop on over to my web log to see recent postings.

Posted by: CARL WEESE
9:57 AM
Unknown