I'm just back from a trip to visit friends for a week—if the postings here have seemed a tad sporadic lately, that's the reason. While we were gone, Lulu went to stay at a kennel called Guardian Farm in Johnson Creek, Wisconsin, which is about midway between Milwaukee and the capital, Madison. The farm isn't far from the highway, but to get to it you have to get off the highway and tweedle around quite a bit, turning, twisting, moseying through old Johnson Creek (pop. 2,100) and looping under railroad trestles, finally crossing over the freeway again before doubling back to the farm, which is set in a valley between rolling hills. At one point I had to flag down a passing tractor to ask for directions, without realizing that the driver would have to climb down out of the cab to talk to me, an action I would personally have put into the category of "exercise," if it were me. (He looked to be about eighty, too.) Fortunately no other vehicles came along while we had the road blocked.

The experience was a bit traumatic for Lulu, I think. If she doesn't exactly live a pampered life with us, at least she's highly appreciated; but she was originally a foundling, a stray rescued from a perilous life scrounging what food she could find in a vast public park in Chicago, so she has memories of a much less secure existence. One can only guess what she thought of suddenly finding herself in a transformed situation again—this time confined to a small indoor/outdoor run with several dozen other dogs nearby. As a pack animal she's non-dominant, so she gets cowed and submissive around lots of dogs, and the attendant said she was submissive almost to the point of being fearful with the keepers. Lulu? A few of the temporary denizens of Guardian Farm, Johnson Creek, Wisconsin
But the dogs boarding at Guardian seemed healthy and happy. You can't tell from this picture—this was the lineup sending her off as we took her out to the car—but every dog in this picture was barking enthusiastically and wagging its tail. It was a pleasant, almost amusing sight, those dozen or so tails all waving back and forth.

I meant to do a lot of photography on this vacation, but the spirit never quite caught. Not counting duplicates, I ended up taking only a dozen pictures—none of them more than an afterthought. I really am finding myself in a creative doldrums lately, and I don't really know why. I even took a portrait of my cousin's cat, and when I shoot cats (not that there's anything wrong with that), it's a clear indicator of malaise. I suspect it might be that, with a camera that records colors, I just naturally see—and photograph—colors, which would be fine except that color just doesn't happen to be what whets or satisfies my own particular creative appetite. But maybe that's not even it. I don't know. I'm going to have to work through this, though, one way or another. 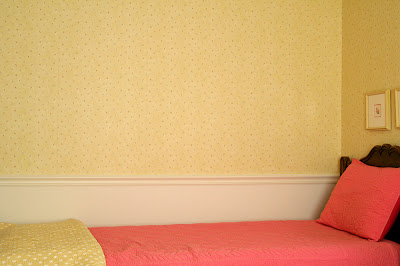