The first Leica I ever saw was an M4-P at Industrial Photo in Silver Spring, Maryland, when I was a first-year photography student. I handled it for about 30 seconds, maybe a minute. It felt awkward, unfamiliar, and strange, and I made a distinct mental note: nope, this is not the one for me. I went back to looking at Yashica-era Contaxes, my favorites at the time.

Leicas strike at lot of people that way, at first. Accordingly—mainly in the many volumes of what is by far the largest body of literature devoted to a camera marque—a sort of protective lore has grown up around them, to prevent such snap misimpressions from festering. Nine years later, I bought my own first M Leica, an M6. An enthusiastic follower of the lore myself by then, I set about discerning, learning, and mastering all the camera-handling skills, arcane film-loading protocols, secret handshakes, and so forth.

Eventually that M6 went the way of all cameras, and I started using Olympus OM-4Ts (still probably my lifetime favorite cameras). About five years after I sold my M6, I ran into Nick Zavalishin at Photo East. Nick's a studio pro, but since he was on his own time he happened to be wearing a sparkling mint M6 around his neck. We were outside the Leica booth, where Ralph Gibson was signing books. Nick hadn't heard about pre-focusing, so I was telling him about it. By chance, Nick had a 4th-gen. 35mm Summicron on his M6, which had been my main lens. I took Nick's camera and, without lifting it to my eye, looked at Ralph, focused the camera, and handed it back to Nick. "See how I did," I said. "It should be focused on Ralph." Nick checked, and sure enough, it was.

It's like riding a bike. Once you learn, you never forget.

And if you really get used to a Leica, nothing else will serve, either. It kinda gets under your skin. You get used to having nothing available but prime lenses—no zooms—in set increments within a fairly narrow range of focal lengths. (.72X Leicas can use lenses from 21mm to 135mm, but for practical purposes their best range is from 28mm to 90mm.) Your eye gets used to seeing like your lens does. You practice pre-focusing—that is, guestimating distance by eye and setting focus by feel—and get used to having a rather cavalier attitude toward the viewfinder, which you only use sometimes. You stop getting distracted by depth of field considerations, since you never look through the lens (think about it—with an SLR, you're always seeing the least d.o.f. the lens is capable of). You get used to the ultraresponsive shutter and addicted to the quiet little "snick," the one that splits into two parts at slow shutters speeds and that hardly anyone ever notices.

• 1998—Please don't take away my film. Will they still make film? Somebody please tell me they're going to keep making film.

2002 was the year that Leica conceded that maybe even consumers would be buying digital cameras in another two decades or more. (Leica lives behind the curve.)

We all know the history. The 3-megapixel, $3,000 Canon D30 changed the landscape, and the original Digital Rebel did it again. Before you knew it, film scanners had fallen off the map, never mind film cameras. And Leicaphiles started swapping rumors of a digital M.

It was a few years in coming, but that's nothing—the half-life of a Leica rumor must be a decade or so. By ordinary Leica standards, the M8 arrived lickety-split, a pleasant surprise. And lo and behold—Leica didn't reinvent the wheel, or play feature-wars with the Asians, or dare to be different—the company did exactly what the overwhelming majority of diehard Leica users wanted it to do: it made a digital M.

Cut to last week, a neat quarter-century since I saw that M4-P at Industrial Photo. I'm at Ancora Coffee in Madison, where some of Wayne Brabender's pictures are being exhibited, with a T.O.P. reader named Mike Lougee, from Minneapolis. I fully expected to take a look-see at Mike's M8 and nothing more, because I had checked with my insurance agent and found that somebody else's $5+k camera would not be covered while it was in my possession. I can't afford a $5k camera at all, but I certainly can't afford $5k to pay for someone else's camera that I break or lose—and that I don't get to keep!

But Mike had also checked with his insurance agent, and he was covered. Mike must be a generous guy, and trusting. The upshot was, I got to use a borrowed M8 for the better part of a week. Not long enough to really get to know it intimately, but long enough to get familiar with it. And remember—it's like riding that bike.

Riding shotgun
It was really nice to reacquaint with a Leica M c. 2007. It felt very familiar. Coming from my oversized, overweight Wunderplastik DSLR with its large and clumsy zoom lens, it was a positive pleasure to wear the M8 like a necklace without having it get in the way. Rangefinder focusing is always a bit awkward at first, but it wasn't long before it became second nature again. 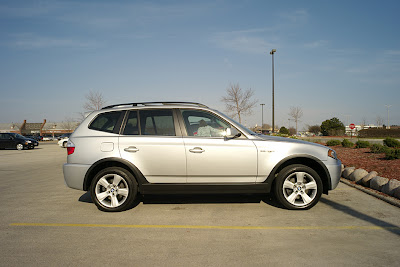 Metering and default white balance outdoors seem fine. Voightlander 21mm lens.
There's not too much different about the M8. It's slightly larger than a real M camera—thicker—and there's no cocking lever to hook your right thumb on. I've never used an M7, so the "A" setting on the shutter speed dial was new to me, too. The oddest and most "precious" feature about the M8 is the fully detachable bottom plate, which never did have much of a rationale on the film cameras, and now has none at all, save the fact that it replicates what the film cameras had. Leica did a nice job with the digital controls, with one exception, which is that once you're in delete mode, you can switch files—pictures—in delete mode and delete the new one with a single click. This led to the first time I've ever deleted by mistake a picture I actually wanted to keep. Most DSLRs make you hit two buttons consecutively, which is safer. Other than that, the digital controls are simple, straightforward, nicely laid out, easy to understand and use.

The main felicity of an M camera is the way it rides shotgun, always there, always on the alert, always ready to go. The M8 is not really different, so long as you have charge in the battery and space on the card. Whereas most cameras want to make it possible to do more and more until you can do an infinite number of things, an M camera doesn't let you do a lot. It pares away what isn't really needed and just leaves what is. The M8's designers respected this principle.

I wasn't able to do a whole lot of shooting with the M8—five sessions, none very long or intense, resulting in not quite a whole 1-GB card. Outdoors the metering is pretty accurate and the default white balance good. The files are large and detailed, as you can see in the example below. 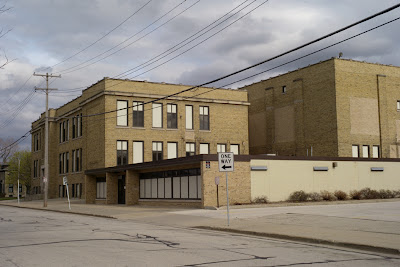 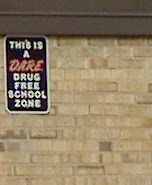 A central detail (sharpened)
A note-taker, ever-ready
It strikes me that there are four really good reasons to want an M8. The first is if you want DSLR quality but you're accustomed to the feel and handling of rangefinders, especially if your other cameras happen to be M Leicas. Or you just got used to the interface over the years. It might be a relief not to have to switch over to a much more electronically-oriented DSLR to shoot digitally. Second reason is if you already have a lot of Leica M lenses and perhaps other accessories that you know and like and want to continue to use. Third, you might desire the exclusivity: few people can afford to pay the premium, so your M8 will always be the camera of choice for only a select few. Fourth, it comes passably close to the "DMD"—the "Decisive Moment Digital"—that I described some time ago: a handy, portable camera that has a large image sensor and accepts small, compact, but top-quality prime lenses. A note-taker, ever-ready. It's not exactly what I had in mind, but it serves the stated purpose.

I enjoyed my brief sortie with the M8. It's straightforward to use, and like most Leicas (indeed, most rangefinders) encourages you to pay attention to what you're looking at rather than what you're looking through. Using the M8 felt like old home week, 21st-century style. A pleasure.

My thanks to Mike Lougee for the kind loan.

"I've had an M8 since early February, have used it in all kinds of conditions and agree with your key points. The initial batch of M8s, shipped last November, had some serious problems which Leica has largely remedied through firmware and trips back to Solms. The M8 does, however, still have some quirks. The white balance can be quite adventurous; the power switch on many (mine included) is a bit funky; and cyan vignetting still occurs occasionally with wide-angle lenses. Aside from the power switch issue (which can apparently be fixed only by German elves) the other oddities seem indefinitely intractable and are just part of the camera's character. (The drop-plate bottom is a real hoot.)

"I originally bought an M7 to visit a different and simpler style of 35mm photography. Having a few M lenses from that excursion I was naturally eager for the 'digital M' to appear. In my experience, aside from some new product bumps, the M8 has offered a nearly perfect transition to digital for the M.

"I don't see the M8 as a 'status' symbol at all. The vast majority of the public think it looks like grandpa's old camera and have no idea what an 'M8' is. ('Look mommy, that man has to take his camera apart to change his SD card. That must be a really old camera!') Several years ago a friend's home was burglarized. He had several cameras, among them a Leica M6 and a couple of lenses. The burglars left that several-thousand-dollar kit behind, preferring to snatch a point-and-shoot. True story.

"The M8 is a wonderful little camera. The quality of M lenses, in combination with the unique optical relationship that those lenses have with the sensor, make the M8 quite capable of recording some breathtaking images. But, as yoou noted, rangefinder photography has its practical limits. (This is contrary to some new and born-again enthusiasts' opinions, rather like boys with a hammer seeing a nail-filled world.) I am delighted to have mine. But it's also made me appreciate just how really good and versatile today's digital SLR cameras really are. It's easy to see why the rangefinder camera was nearly wiped away by the SLR.

"By the way, if you're interested in seeing how an M8 is put together take a look at this M8 dissection by Mark Norton on the Leica User Forum. (Warning: Not for the faint.)"
9:59 PM
Unknown