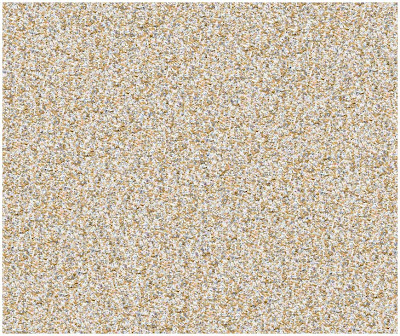 Any idea what this is?

One more description applies—"statistical." Jordan's project makes statistics visible. "Statistics can feel abstract and anesthetizing," he writes, "making it difficult to connect with and make meaning of 3.6 million SUV sales in one year, for example, or 2.3 million Americans in prison, or 426,000 cell phones retired every day. This project visually examines these vast and bizarre measures of our society, in large intricately detailed prints assembled from thousands of smaller photographs." 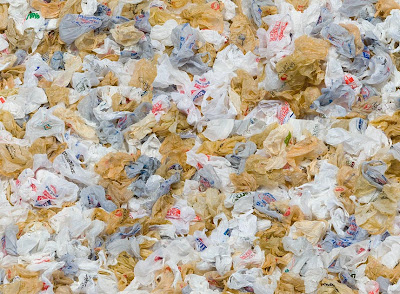 Here's a detail, at close to actual size if you click on it to enlarge it, of the picture at the top. It—the top picture—represents 60,000 plastic bags, the number used in the U.S. every five seconds.

Note that Jordan also says, "My only caveat about this series is that the prints must be seen in person to be experienced the way they are intended." Which must surely be true—"Plastic Bags, 2007" in the original is 60x72 inches. Still, I think they already have a pretty powerful impact at monitor size. Cool stuff.

Posted by: MIKE JOHNSTON, thanks to Stephen Bartlett
5:40 AM
Unknown