"My DSLR is the best light meter I've ever used." 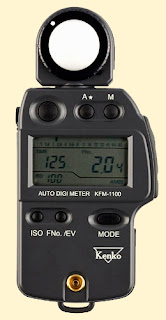 My radar screen has lots and lots of low-level blips on it, and I spend a fair amount of time trying to figure out which ones are planes and which seagulls. One such faint blip that I've been "sort of" aware of and "sort of" tracking is the rejuvenation of the old Minolta light meter line by Kenko, imported by THK in the U.S.

I'm a little worried about my screen-reading skills on this one. Try as I might, I can't really interpret who's going to buy these things, or who's going to care, or who should.

I might be wrong, but it seems to me that if any species of photographic kit has been rendered 100% redundant—and hence, obsolete—by digital, it's light meters.

I mean, light meters were never any fun to use. They added nothing to the experience of photography. They just existed to help you see in the dark. You didn't know how the exposure was going to look until you had the film developed, so you set the camera based on the light meter. I suppose there were studio pros who used light meters to calculate lighting ratios, but the studio pros I knew—and their ranks included some serious high-dollar shooters—didn't. One pro I worked for briefly, who had two separate stages at his studio and more than $100,000 invested in C-stands and other Matthews gear, to give you an idea of the level he was at—never touched a light meter. "Polaroids are my light meter," he proclaimed. He did everything from the Polaroids. The light meter stayed in the cart drawer. 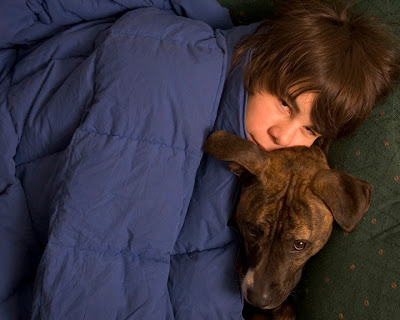 Digital, of course, is the apotheosis of the Polaroid. Its feedback is instant. Mine shows me a "proof" of the scene with the overexposed highlights or underexposed shadows (or both!) blinking. I can get a color histogram at the touch of a button. It works equally well for ambient and flash. Frankly, if these features had been available in a handheld light meter back in, say, the '80s, the manufacturer could have charged $1k for them and they would have sold like cold beers on Bay Bridge.

My DSLR is the best light meter I've ever used. The picture above was taken with an off-camera monoblock on a stand, through a white umbrella. Setting the exposure was laughably simple—with the shutter set to the sync speed and exposure on manual, I just fired off a few test shots, adjusting the aperture until the exposure was perfect. It might have taken a whole minute if I wasn't hurrying.

I know that many photographers are still shooting film in medium- and large-format cameras. Maybe some of them prefer light meters (and don't already own one). In any event, if I've missed something here, and you're eager to buy a handheld light meter, Kenko's got the goods.

Posted by: MIKE JOHNSTON
8:36 AM
Unknown