Home » »Unlabelled » In Praise of Prokudin-Gorskii

In Praise of Prokudin-Gorskii 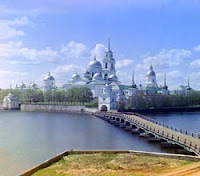 In my always-humble opinion, Sergei Mikhailovich Prokudin-Gorskii (1863-1944) was the first master of modern color photography. There are many web sites devoted to his work; these two are good places to start:

He is an offshoot from the main track, largely as a result of having worked in Czarist Russia and then getting pretty well lost in the post-WWI reshuffling of Eurasia. But I consider him a major figure in photography; I'm a very big fan of his work. 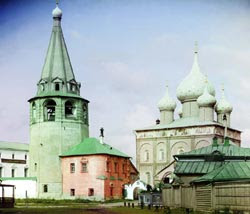 I'm not talking about his technical achievements, although they were monumental. What makes him stand out is that he was a genuine artist, not just a craftsperson. Color in photography wasn't taken seriously for a very long time. It's not just all the early experimenters; you can see the "Oh, wow, it's got color" aesthetic (or unaesthetic) operating well into the middle of the 20th century in way, way too much of the body of photography. Even in the classic National Geographic dictum of many years ago: "stick someone in a bright red shirt in an otherwise-dull landscape to catch the reader's eye." That's not color as art, that's color simply for the sake of an exclamation point. Color was usually tacked onto a B&W aesthetic rather than being treated as an integral part of the aesthetic. Prokudin-Gorskii took the medium of color photography and ran way ahead of this time. He got beyond the gee-whiz factor of "Looky, mom, I'm recording color!" Instead, he did some seriously good art. 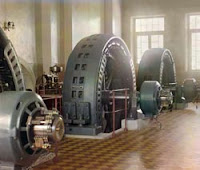 His work has surprisingly modern sensibilities. Prokudin-Gorskii understood the subtle interplay of luminosity and chroma that make up the totality of visual experience. He didn't see color and tone as disconnected elements but as part of an integrated whole. It reminds me a lot of the B&W WPA work of the late 1930s or even the post-WWII work of the '50s but with a more pastoral feel about it. Kind of Hudson River School meets Walker Evans.

Looking at his restored work, you'd never imagine he was working with such a difficult means of making photographs. You see the art; you don't notice the technique—one hallmark of really good work.