Home » »Unlabelled » How To Choose a Digital Point-and-Shoot

How To Choose a Digital Point-and-Shoot

Mulling over the topics of the past several days, I thought I would revisit for the digital era my thoughtful, carefully considered advice about buying a point-and-shoot. A "point-and-shoot," a.k.a. "Ph.D. [push here, dummy] camera," is a miniaturized camera with a flash and a zoom lens built in, small enough to fit in a purse or pocket. Choices of digital ones have proliferated in recent years to the point that buying one has become a task that looks almost insurmountable at the outset. But you're in luck! You can take advantage of my thorough familiarity with the market, my years of experience as a photographer, and my subtle understanding of photographic technique and camera technology. 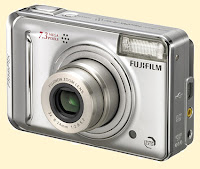 I won't keep you in suspense. Here's the upshot: they're all shit. And I don't mean "shit" as a pseudo-hip way of registering a connoisseur's disapproval of the demotic or an enthusiast's disdain for the democratic. I mean that despite their cunning little shiny bodies and technologically marvelous innards, as cameras they're little stinking turdlets of fresh, steaming excrement. Yageddit? Poo. Stool. Just north of camera phones. And when I say they're all shit, I don't mean most of them are shit. Eighty percent of them are horrible, outrageous, awful, a swindle on the public and a fraud perpetrated on their purchasers. And the other twenty percent are really bad. Bah-dum-pah. 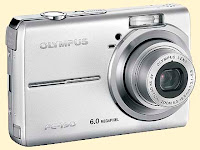 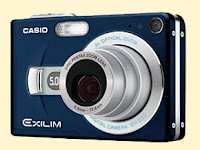 Point-and-shoots came about as a category in the 1980s because consumers wanted to buy cameras like any other small appliance, such as, say, hair dryers or electric toothbrushes. They were meant to be so small that they could be carried effortlessly, and so simple that even people missing a section of prefrontal cortex the size of a scoop of ice cream could use them. Moreover, they were meant to function entirely behind a veil of ignorable-ness, meaning that they would not communicate to the user what they were doing or how they were doing it, and could not be induced to do anything differently in any case. Nowadays, they have completely lost that virtue of simplicity, while at the same time retaining all of their formidable and varied drawbacks and acquiring nothing in the way of compensating virtues. But they are even smaller, so that if you'd like to carry a camera that's frustrating to use and often doesn't take good pictures, at least you don't notice the weight. 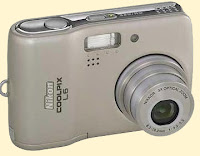 Accordingly, the best advice I can offer with regard to choosing a digital point-and-shoot is: don't waste your time. I am not speaking colloquially—I don't mean you should forego the activity altogether. No. I'm saying if you spend long hours reading reviews, comparing features, gathering opinions, and agonizing over slight advantages and disadvantages, weighing pros and cons, you will be losing precious minutes and hours of your time on Earth that you will never get back. It doesn't matter if you have three choices, or thirty, or three hundred: if every option is crap, then the option you choose is going to be crap, and that's that. Therefore, the best course of action is to not worry about it. No matter which point-and-shoot you choose, it's still going to be a point-and-shoot. So go to any big-box store where they have rows and rows of point-and-shoots on display, spend five minutes (ten or fifteen if you're a gentleman or lady of leisure), and pick one because you like its look, color, size, or feel. Take the advice of the teenager with the colored logo-embroidered shirt on if that reassures you, go by name recognition, or pick one blindfolded. Regardless, at fifteen minutes you're comfortably into the region of diminishing returns. Effort beyond that is wasted. Pick one. Go home.

Once you get your new camera home, then spend some time. Spend an hour or two carefully and thoroughly reading the instruction manual, all the way through. Try everything. Concentrate on really learning how the camera operates. Work out how to hold your new camera horizontally and vertically, which settings you prefer, which settings are in effect on turn-on, and how you personally are going to use the camera. Go over it enough times so that you feel you've got it mastered. This effort is far, far more predictive of eventual satisfaction with your purchase than is the make and model of the particular camera you have purchased. Good photographers can actually learn to use point-and-shoots reasonably effectively, and you can, too. But only if you try.

Finally, you're going to be frustrated. Why? Because digital point-and-shoots are lousy cameras. The lesson here is simple, too: deal with it. Don't worry about the fact that your camera is often fiddley to use, only semi-capable in some circumstances and near-incompetent in others, and that it completely defeats your intentions from time to time. If you allow this to trouble you, again, you will be wasting worry on the inevitable. Better to chalk it up to death, taxes, and digicams. Don't think for two seconds that because your camera is lousy, it means you should have bought a different lousy camera—because any other point-and-shoot would frustrate you too. Don't think that if you had just gotten a Brand Y instead of a Brand Z your pictures would look better. They probably wouldn't. And even if they would look just a little better in some ways and in some situations, they'd look just a little worse in others.

Mind you, I'm not trying to talk you out of buying a digital point-and-shoot. I'm just advising you how to get the most satisfaction and the least frustration out of that purchase. To summarize:

• Don't agonize over the choice. Pick one and stop worrying.
• Take the time you would have spent obsessively shopping and spend it mastering the camera you did buy.
• When (not if) you get frustrated while photographing with one of the little beasties, don't let it get you down. They're all imperfect. Just shrug and say "oh well" and move on.

Featured Comment by JanneM: "I had a couple of P&S digital cameras for a couple of years, realized their limitations, and picked up a Canon 350D. After a year and a half, I realized that camera (and the system), while fine, wasn't really perfect for me and so I sold it to a friend to buy a Pentax K10D. The sale went pretty quickly, though, and the K10D got delayed, so I found myself without a camera for about a month and a half.

"Well, except for the 1.1 megapixel camera in my phone. Which I proceeded to use. Now, that kind of camera makes even Mike's lousy P&S look like large-format view cameras by comparison; I had no idea it was possible to actually have so low-contrast, smeary image quality on a camera. As a comparison, my first P&S had the same resolution, but because it was a dedicated camera (and because the price was hefty at the time) the actual image quality was far better.

"But surprisingly, I had a great time with my phonecam. It was amazingly frustrating at first, but once I started to learn its limitations and think within them, I found I could get some half-decent images out of it. Not many, true, and even my best attempts still took heroic amounts of postprocessing to get anywhere, but still, it wasn't always hopeless.

"And it reminded me that for a hobby, the amount of fun is not necessarily connected to the quality of your tools (look at Lomo users, where the relationship is if anything inverse). My 'keeper' average may be in the single percentages, but I had at least as much fun trying to think my way around the severe limitations of the phone cam as I have using my DSLR with far less effort."

Featured Comment by Stephen: "Mike, I understand your points on philosophical grounds, but disagree on empricial grounds. My late-lamented little Canon Powershot S45 took wonderful images when used with skill and when shot in RAW mode. Maybe because I spent 23 years learning the craft of photoggraphy shooting Olympus OM-1's and manual focus OM lenses before I bought my first digital camera (as late as 2002), but I got wonderful images from the little S45...images that I have printed large format on my Epson 2200 that were beautiful prints.

"Unfortunately, my little Canon died this year, probably because it was in my CamelBak when I took one too many headers over the bars mountain biking at Mammoth. Alas, it now rests in peace. But, the key point is that it was with me all those glorious rides at Mammoth, which an SLR or larger camera would not have been. It's pretty tough to get images ripping down singletrack with a DSLR, but you can with a P&S. I ride motorcycles too, and a P&S is just the ticket to always have a camera in the tankbag ready for a photography 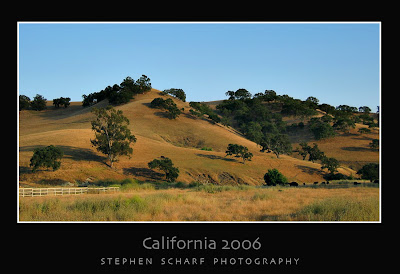 "Here's a snapshot I took last year while out on a bicycle ride with friends...I whipped out the S45 and snagged this while waiting for my friends to catch up.

"My biggest gripe lately is that the camera mfrs have taken RAW out of almost all of the P&S cameras, unless you want to drop $600 for a Leica D-LUX3. That has really irritated me.

"Like you, I really wish a camera mfr. would get real and make a compact camera with a proper optical viewfinder and a large CMOS sensor mated to a really good lens, like the one on my Contax T3."
7:57 AM
Unknown