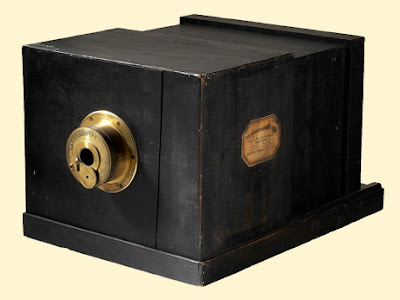 On Saturday, May 26th, the Vienna auction house WestLicht will auction what will very likely become the world's most valuable camera. For most of photography's history, the oldest commercially produced cameras were thought to be those manufactured by Daguerre's brother-in-law Alphonse Giroux, of which some ten survive. But behind the Giroux was a mystery: it was known that a sliding-box Daguerreotype camera had been advertised by a Paris firm called Susse Frères a mere ten days before the first announcement of the Giroux. No examples were known, and for many years it was doubted that any had ever existed. 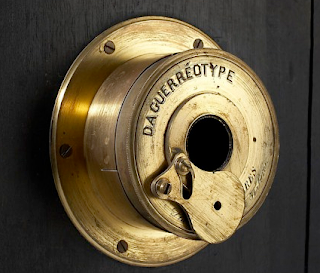 Until, that is, one turned up recently in Germany. The camera to be auctioned by WestLicht is essentially an "attic find." "It was originally owned by Prof. Max Seddig (1877–1963)," reads the auction description, "who was the director of the Institute of Applied Physics in Frankfurt am Main and, among other things, godfather to the founding of the Josef Schneider Optical Works in Kreuznach. Seddig gave the camera to his assistant, Günter Haase, as a present. The latter was later Professor at the Department of Scientific Photography at the University of Frankfurt and, from 1970 on, occupied the Chair for Scientific Photography at the Technical University of Munich. Prof. Günter Haase died on February 20th 2006 at the age of 88 and left the camera to his son, Prof. Wolfgang Haase.

"Numerous experts attest that it is very likely the oldest commercially-produced camera in the world."

Previously, the world's most valuable camera was believed to be the surviving Ur-Leica of Oskar Barnack, owned by Leica AG, of Solms, Germany, although it has never been sold. Opening bid for the legendary Susse Frères will be 100,000 Euros, and the selling price is believed likely to exceed 1 million Euros.

Posted by: MIKE JOHNSTON, with thanks to Frames, the CameraArts newsletter
1:12 PM
Unknown