Home » »Unlabelled » They Needed to Talk

They Needed to Talk 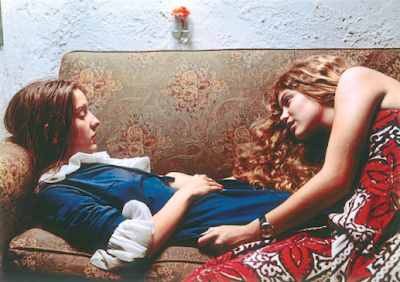 And family friend William Eggleston, his camera at his side, felt compelled to shoot

The details are a bit sketchy now, but everyone agrees the picture was taken in Memphis, Tennessee, on a late summer night in 1973. Karen Chatham, the young woman in blue, recalls that she had been out drinking when she met up with Lesa Aldridge, the woman in red. Lesa didn't drink at the time, but both were 18, the legal age then. As the bars closed at 3 a.m., the two followed some other revelers to a friend's house nearby. In the mix was a 30-something man who had been taking pictures all night. "I always thought of Bill as just like us," Karen says today, "until years later, when I realized that he was famous...."

Posted by: MIKE JOHNSTON, with thanks to Robin Mellor
5:01 AM
Unknown