Phil Askey's "Digital Photography Review" (dpreview.com), one of the longest-suffering of the long-suffering sites that continue[d] to adhere to principle and abide by non-disclosure agreements (NDAs), has finally been corrupted by the corruption around it, yielding to the temptation to leak along with the leakers—in this case with regard to the upcoming Nikon D40, a 6-MP "budget" DSLR, expected to be a price leader.

Not without a touch of irascibility, of course: "With four fairly well known digital photography / technology 'blogs' already reporting this news it seems ridiculous for us to ignore it," sniffed they. "Frankly we've had enough of sitting back each time 'leaks' occur and watching a camera become old news before it's even announced."

Even dpreview stopped short of publishing pictures, though—so here you go. (NDA? Nope, not us. Nikon doesn't know from TOP. On the other hand, I have no idea if these pictures are real. Caveat emptor.) 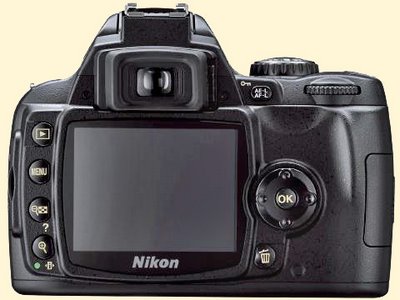 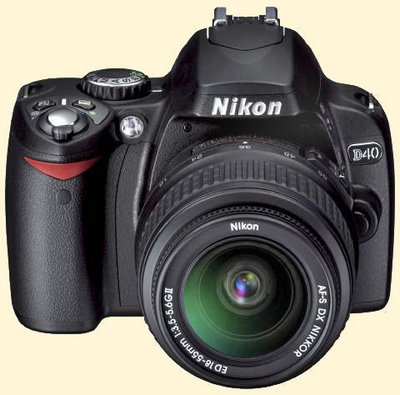 UPDATE: Evidently these pictures are, in fact, fake. (Of course, I can't really confirm that, either.)
6:30 AM
Unknown