Investors Zoom in on Photography

Despite record prices for photographs at this year's auctions, it is still cheaper to corner the market in Leibovitz than Lichtenstein. Here's how to get started. 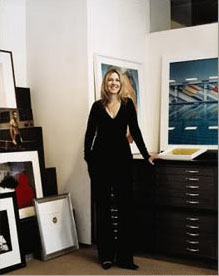 If you had wandered into the New York location of Christie's auction house in 1996, you could have purchased a print of Helmut Newton's "Two Pairs of Legs in Black Stockings, Paris" for about $2,300.


Then you could have spent the next decade eating, sleeping or lounging beneath the image of two models wearing only black lingerie and black spiky heels.

Had you decided to sell that 1979 photograph at Christie's for $38,400 (as its owner did last month), you would have enjoyed better price appreciation than a comparable investment in an S 500 index fund, General Electric stock, or ten-year Treasury bonds. And Newton isn't the only photographer whose prices are on the rise....

Posted by DAVID EMERICK
5:58 AM
Unknown