Herewith, in celebration of our first birthday, is T.O.P.'s highly subjective, unapologetically U.S.-centric (I can't help it, I live here), bound-to-be-controversial, and not-quite-totally-pointless-but-almost Ten Best Living Photographers list. Why? Because lists are fun, and it's our party.

Counting down from number ten:

10. Jill Freedman. Why? Because Jill Freedman gets it. She knows what photography is for. She understands that it's not an intermediary, a way of distancing: it's a way of getting closer, of showing what's worth seeing, of telling what needs to be told. Because there's nothing in between Jill Freedman's pictures and what's important—and nothing in between her and her art, and that's the way it's supposed to be. She's not rich or famous. Just good. 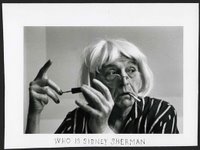 9. Duane Michals. Why? Because he's Duane Michals—there's only one (see left). Because he's an artist, using the tools of approximately Photo 101 circa 1965 to contruct conceptual scenarios only he could dream up. Because he makes simple snaps into art with leaps of meaning and twists and riddles.

8. Kim Kirkpatrick. Why? A forgotten photographer of the forgotten, the American master of bokeh-aji has amassed the largest body of undiscovered major work this side of Abbott's rescue of Atget. Averse to publicity, resistant to showing, taciturn to a fault, Kirkpatrick has managed to hide in plain site of the haute-art NY galleries like a panther staring from the woods. His (yes, he's a he) work is difficult, austere, elusive, and almost metaphysically lonely, and formal and emotional at the same time, as if vectoring in on each of those opposites exlusively. Also a subtle colorist. Long overdue for a major monograph, but don't hold your breath, or you may turn an exquisite shade of blue and expire.

7. Nicholas Nixon. Why? "Nicholas Nixon speaks of honor. 'I'm honored to be using the same methods as Atget, as Walker Evans. I want to honor what is possible. I'd like to go deeper, get closer, know more, be more intense and more intimate. I'll fail, but I'm honored to be in the ring trying. I'd like to go deeper than Stieglitz did about his marriage. It's arrogant, but I'd like to try.' Nicholas Nixon speaks of trust. 'I trust photography. I trust my ability to challenge it and it to challenge me.' And he speaks of obligation. 'I have the good fortune to be married to someone for twenty-seven years. I have an obligation to try to tell a story about it. I want to show more about her; about us.' " (Arthur Ollman)

6. Sally Mann. Why? You could make the case that she's been searching for a subject since her children grew up, but the big body of work she did of her kids in a dark rural fantasyland of the mind is the best Southern fiction America's had since Welty, O'Connor, and Faulkner. 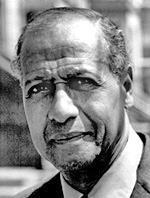 5. Roy DeCarava. Why? A quirky talent, America's version of Bill Brandt in the sense that he owns his own rather odd technical signature and remains opaque to many, a man who sometimes seems to have his arms wide open but his back to the world, DeCarava's revolutionary fervor still smoulders from within his impossibly murky, dark prints. But his work resounds with love, jazz, and life. Perennially underappreciated, but not in these precincts. If I calculate correctly, he turns 86 this December 9th, a few days from now: Happy birthday, Sir. 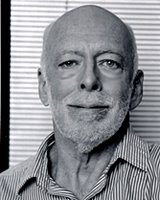 4. Ray McSavaney. Why? The man has got no rap at all, and seems almost allergic to self-promotion or, indeed, promotion of almost any sort (which could be good things), but he's our modern-day heir to Ansel Adams: a classic West-Coast B&W Zone-System photographer whose work is gorgeous but nuanced, distanced, wide-ranging, probing, rapt, technically perfect and tonally ravishing—and did we mention gorgeous? 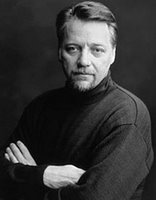 3. Edward Burtynsky. Why? The Germans are cooler, in several senses, but Burtynsky is the landscapist of the 21st century, the visual chronicler of humanity overrunning Earth. His pictures are monumental and appalling, delicate and dizzying, so deep they're flat, brooding and, yes, pretty (sometimes).

2. James Nachtwey. Why? Start with enough visual talent to make about three average art photographers, and combine it with hard-as-rock commitment, a work ethic that would burn most of us out in less than a decade, and awe-inspiring courage in the face of things like flying bullets and explosions in one's personal space, and you've got a journalist-photographer who is half a head above and one-and-a-half steps ahead of best of the rest—even though photojournalism is a field currently loaded with talent and accomplishment. 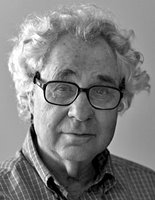 1. Elliott Erwitt. Why? Because, since M. Henri passed, Erwitt is the largest, most protean and outsized talent there is when it comes to framing life in little 2x3 aspect-ratio rectangles. Sardonic, self-deprecating, and (although it's hard to believe) actually kinda old, he ain't hot, particularly, but he's hip, and gawd knows we need his sense of humor and humanness. He's done it all, and he keeps doing it, and nobody does it better. Go, dog, go.

Disagree enough to want to nominate an alternate? Leave your comment below, and please don't forget the "why?" part.