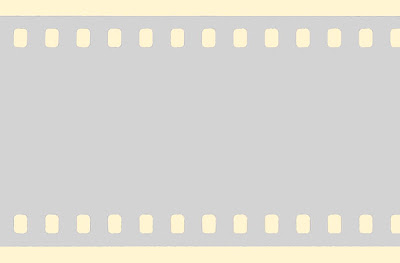 What would you think if your film turned out looking like this?
As I said last time, customer support can be funny thing. Sometimes that's "funny" as in "weird and disturbing." As when customers' faith in the manufacturer's competence is misplaced.

This is a true story. Got it from the horse's mouth, one of the Big Four photographic manufacturers. But I'm not even going to give you a hint as to who.

Companies keep extensive quality control records to insure that their products performs just as they're supposed to. Nothing should leave the plant that isn't on spec. Unfortunately, humans are fallible creatures and sometimes the horse escapes before the barn door has been locked.

It was a simple product; standard B&W film developer. These mixes can tolerate pretty large deviations from the standard recipe and still perform well; they have to, considering the manufacturer has little control over exactly how they're used. But there are limits.

During a review of some QC logs, it was discovered that a batch of developer had been incorrectly prepared. One component had not merely been mismeasured but omitted entirely. As Murphy would have it, this was nothing trivial like a preservative. This developer was completely inactive; it was incapable of developing film.

It got worse. Photofinishing labs buy chemicals in large lots that are traceable. In case of a problem, the manufacture can determine who got the chemicals. This batch of developer, though, was packaged up into small units (e.g., 1 gal.) for the individual user market. Those couldn't be tracked.

The bum soup was long gone. It had been distributed and sold to individual B&W photographers all over. The Company was screwed.

These were honorable people; they knew they had screwed up and they weren't going to try to stonewall it. They put customer support on alert and prepared to fall on their swords and make as much nice as they could to the angry customers whose film had been ruined. Operators were standing by.

The phones never rang. No user contacted them to complain about bad developer—not one single unhappy photographer.