Home » »Unlabelled » 'I Was in Mourning Before He was dead'

'I Was in Mourning Before He was dead' 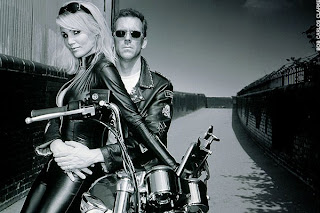 Highway to hell: Hugh Laurie poses with a model
in one of Clarke's many impressive photographs

One year ago, the acclaimed photographer Bob Carlos Clarke threw himself in front of a train. Speaking for the first time, his wife Lindsey tells Janie Lawrence what drove a mercurial genius to a desperate act

from The Telegraph (U.K.)

Sometimes Lindsey Carlos Clarke is so hopping mad with her late husband that she stomps off to Brompton Cemetery in south-west London with the sole intention of having a row with him....