Tales of Self-Obstruction and the Sigma DP-1 Lens

ƒ/4, much maligned
Much is being made in our "Comments" section about the ƒ/4 maximum aperture of the Sigma DP-1 lens.

Once better specs are possible, then better specs become the standard. That's what it boils down to, I guess.

"You know what they say: Oh well," as my old studio partner, Paul Kennedy, used to say. My guess is that, as with any camera, a small percentage of those who end up buying a DP-1 will probably do good work with them. The rest will figure out how not to. Because you do realize, of course, that if you look hard enough for reasons why you can't take pictures, you can come up with some, right? If you look hard enough for reasons why cameras won't work for you, your objections can indeed become self-fulfilling. The opposite approach is to figure out what the tools will do and then get creative within those limitations. That's possible as well.

Some pixel-people don't have a lot of history here. In 1990, I knew several photographers who wouldn't shoot 400-speed color neg film because it was too far inferior to 100-speed color neg film. Go back farther, and you might remember people who felt liberated, speed-wise, by Kodachrome 64. If I remember correctly, Sam Abell says in his wonderful book Stay This Moment (sorry, out of print) that he preferred to work with K25, and decided just to deal with the difficulties that came with it. That's when you need a good ƒ/1.4 lens. Anybody reading this remember the Kodachrome that had an ASA speed of 10? The late Bob Schwalberg had stories to tell about that. 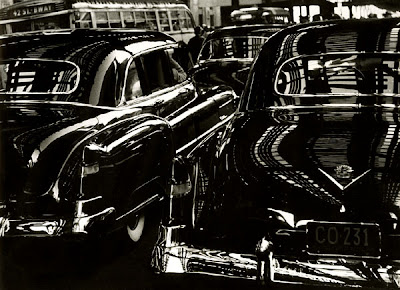 True, it would be nicer if it were ƒ/2. One aspect that hasn't come up yet is whether the ƒ/4 setting will be a fully usable aperture. When I shot with the Leica 35mm Summicron (4th version, or "pre-ASPH"), I never used ƒ/2. For me, it was an ƒ/2.8 lens, because that was its widest good aperture setting. Those of you who shoot with the Canon EF 50mm ƒ/1.4 probably know what I'm talking about—that one is a nice ƒ/2 lens. I remember shooting Tri-X at E.I. 200 in a Fuji GS645s that had an ƒ/4 lens, with the caveat that the lens performance at ƒ/4 was so poor that it wasn't really usable! True, it was too limited for me in the end. I'm not much of guy for tripods.

The "on the other hand" argument is that if you do low-light work, the higher sensitivities of digital and the "virtual tripod" of stabilization is pretty hard to give up once you've gotten used to it. No argument there.

Finally, one thing that people haven't discussed is that Sigma has been hinting that the DP-1 lens has especially high performance. So—just hypothesizing here—what if the DP-1 turns out to have a really exquisitely good sensor, when used within its limitations? And what if that ƒ/4 lens turns out to have superlative image quality, starting right at ƒ/4? What if the results are really nice? Remember results?

I'm not saying I know anything here. Just saying "what if." And "maybe." (And implying, "wait and see.")

If that does turn out to be the case, though, then perhaps that will be another reason to want to work around the somewhat slow max aperture.


And while we're on the subject, or in the neighborhood...
...I've been meaning to comment about the Leica D Summilux 25mm ƒ/1.4. Now, I realize, when you ask for something, and then are given it, and you still complain, well, that is the very definition of "whining." So, yes, I'm whining here (I love the English term, "whingeing")—and we all know just how unattractive that can be.

Still and all...I have to mention that so far, the manufacturers that have given us "fast primes" lately, namely Sigma, with its 30mm, which I own, and perhaps Canon, with its 50mm ƒ/1.2, which I don't own—and now Panasonic/Leica, with its 25mm, which nobody owns just yet—aren't quite grasping the gestalt. The point, folks, is not to have a non-zooming lens that's just as big and heavy as a zoom, while also being as insanely fast as you can possibly make it. The point is to have a non-zooming lens that is smaller, lighter, faster (emphasis on the "-er") and more portable than a great big klunky slow-ass zoom. (Pentax gets the smaller and lighter part, going perhaps a bit too far in the opposite direction—whine, whine—and where's that nice 28mm ƒ/2 you inherited from Minolta, Sony? Oh, sorry, shhh...don't wake Sony up. It's a-sleepin'. Giants need their sleep, evidently.)


And speaking of overly large lenses...
...I got a package from the Postal Service this afternoon. Inside was a silver Nikon FM3A and a swell Zeiss Distagon 2/35 ZF, loaned to me by a friend, to try for a couple of weeks. (Yo, Steve B.) Maybe I'm just sorta, you know, enamored, but the lens isn't quite as big as you'd think. Well, it is, but it's so dang pretty that I kinda find myself looking for ways to excuse it. What's that they say when a lens is too darn big but you like it anyway? Oh, yeah: "It balances well." —Yeah, yeah, dat's it. Well, the 35mm ZF? It balances well. Really, really well.

I might have something to say about how it performs, too. Someday.

P.S. Kudos to Ben and Daniel, who both caught the mistake in the original post.

Featured Comment by ctyankee: "My complaint isn't so much that the camera sucks because it's only ƒ/4...my complaint is that it isn't the camera I'm looking for...just as nobody's making your B&W camera yet. Sure, it might be a great camera and as you suggest, the people who buy it will do great work with it. I'm just waiting for what seems like the obvious camera to me...sort of like Jeep finally coming out with a 4-door Wrangler. With clean sensors, fast lenses and image stabilization technologies out there, why isn't anyone building a low light compact? I loved toting my HiMatic 7sII (40/1.7) with ISO 400 b&w in it all over the place. Give me that DP-1 with a 24/2 (40mm equiv) and I'd be a very happy camper. Fuji—put a fast lens and IS in your compacts ! Oly...why aren't you doing 4/3 fixed-lens compacts? C'mon...the company that bypassed the AF SLR in favor of the "ZLR"?
1:17 PM
Unknown