Home » »Unlabelled » The Pentax DA 70 Lens Does a Portrait

The Pentax DA 70 Lens Does a Portrait

Several readers asked about the Pentax 70mm DA lens for portrait work, and since I had a young visitor handy today, here is a sample. 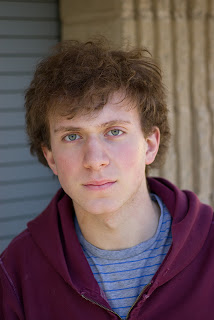 Carl Weese, Alex, Woodbury, Connecticut (click on picture for larger version)
We looked around for a "busy" background and I used the lens wide open at ƒ/2.4 to keep the depth of field as shallow as possible. My impression looking through the viewfinder was that the "drawing" of the lens was really pleasant. I also noticed that the K10D's AF system was very clever on auto-select, keeping the eyes in best focus as I tried different framings. The background isn't the smoothest I've ever seen, but strikes me as quite good.

Then I tried a couple test subjects with lots of small detail in the background. Here the results weren't as good. I noticed, though, that the out of focus rendering got smoother as the lens was stopped down. Here's ƒ/2.8: 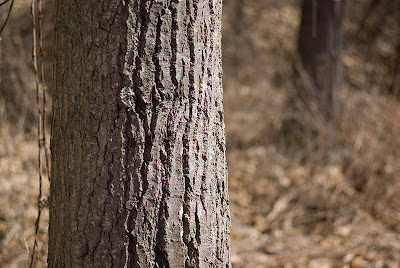 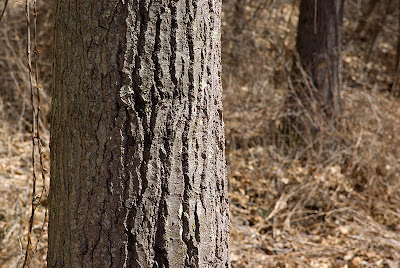 Another pair. In this shot the shapes in the background aren't as small and picky, and the result is quite nice: 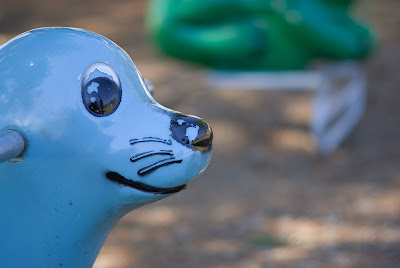 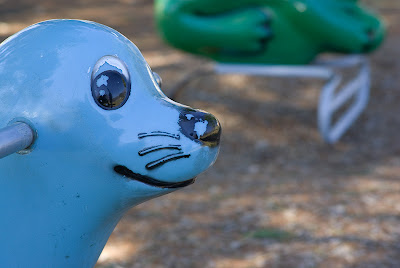 ƒ/8
When bokeh is discussed most people automatically think of a relatively small subject—a person's head, a flower, etc.—in shallow focus with the background far out of focus, like the picture above. But Oren reminded me that another important consideration is the way a lens renders highly detailed subjects in depth. The problem here is that it's impossible to achieve universal focus, so the goal is to avoid a jarring transition between the fully sharp zone and the areas in front or back that gradually go out of focus. Some lenses are so bad at this that there's no point making the picture. My first tests with the 70mm DA, though, are really promising:
  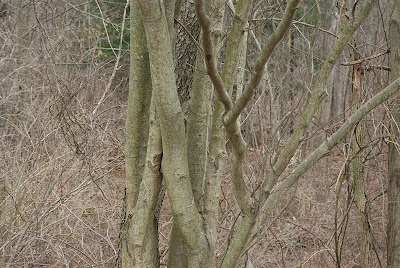 The rendering here is so smooth that I want not only to try some more of these but also want to see how the other members of the pancake trio play this tune.

I'd say the bokeh of the 70mm DA is unobjectionable except with picky detail in the background, at which point it gets quite harsh. To be continued when I've had a chance to do some side-by-side comparisons with other lenses of about the same focal length.