Home » »Unlabelled » The Latest from the Rumor Mill

The Latest from the Rumor Mill

A poster with the handle JTFOTO who claimed to have recently served as 5th assistant to Annie Leibovitz had this to say on the L-L forums on Friday:

"She has been shooting all her editorial work with Canon 1Ds MII bodies. These have been major jobs for Vanity Fair and various other mags and recently went on a major Ad job that will be worldwide. 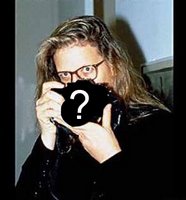 "The TomKat cover was all Canon and the last two or three editorials were all Canon.

"The last shoot had a Canon rep come by with the new 22MP digi demo body. It is half the size of the 1Ds Mark II. They said they are hustling to make lenses that will work with what this body can resolve. They may even make a new mount again for an entirely new lens design. It won't be out before Phot Show East."

So there you have it, the latest uber-kam rumor, from the horse's mouth to the next horse to the next horse and then on to your ear. "Phot Show East" refers to the PhotoPlus Expo 2007, slated to be held at the Jacob Javits Convention Center in Manhattan on October 18–20, 2007. "The TomKat cover" refers to the recent, um, Leibovitz "homage" to Linda McCartney on the cover of Vanity Fair.