Home » »Unlabelled » To Delete or Not: Photojournalist

To Delete or Not: Photojournalist

I was never a fan of deleting in the field from the moment I went digital. I was told from when I first started photography to save everything. That wasn’t as successful when I shot slides, but, as much as possible, I saved everything. So the "save everything" philosophy of some of my colleagues when I went digital was a pretty easy sell for me.

A few years back I was asked to photograph a local camp-out night at a local park for the paper I work for. I went through getting shots of tents going up, and then on to the always-necessary shots of kids playing. I started shooting the kids and spaced out on adjusting my exposure settings for the first few shots. When I checked the LCD on my camera to check exposure and to see if I needed to get names, I saw that the images were over-exposed (flashing highlights all over the place) and motion-blurred—potentially usable shots wasted because I didn’t pay attention and set my camera how I normally would’ve. Or so I thought. I corrected my exposure and kept working my assignment.

The next day I was going through my take of this assignment, and came to my screw-up. With my computer in front of me I was able to take a closer look at the best of the images I thought I'd ruined. It was over-exposed, but not as badly as I had initially thought. And while it was definitely motion-blurred, it had sharp info in the one place I really needed it—the girl’s face. 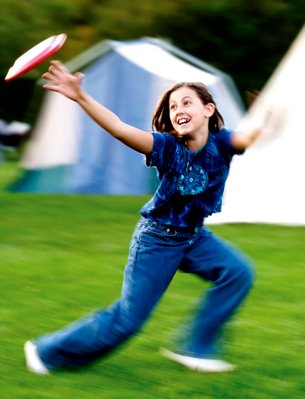 The day before, I couldn’t see this. The Nikon D1h I was using as my main camera at the time has a limited zoom ability on the LED screen, so I couldn’t zoom in big enough on her face to see that it was the only thing that was sharp. While I was shooting, I had thought that the image was a total loss in several ways. If I had been in the habit of deleting in-camera, I would have deleted that shot, no question. 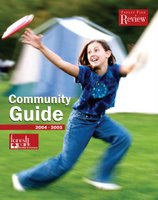 The picture certainly needed more work than normal in Photoshop to get it to a printable state, but it was do-able. The next Wednesday the paper went to press with it on page one. A few weeks later it was used for our four-color community guide cover.

Edit on the monitor
When that week was done I walked away with a reinforced belief that shooting and editing are different processes for different times—or, at least, if it has to happen at the same time, different people. One person (at least this person), doing both at once does neither well. And while I will certainly check what I'm getting in the field, final decisions I leave till a later date (unless an emergency comes up—then I’ll do in-camera edits as a bad choice among worse choices). I’m a big fan of good LCDs on cameras, but even the best are only half-decent for editing. A good monitor in a good environment is vital for making solid final choices. Editing in the field while trying to shoot just doesn’t work in my experience.

I’ve also discovered that I make my best editing choices after some time has passed—usually, in my case, a few months is ideal. The closer I am to the event I edit, the more emotion I still have involved in the event, and the stronger my memories. And while those memories are wonderful for me, they often don’t help me communicate my message better. A little time gives me some distance from the event and lets me look at it from a position more like that of my final viewer. That often helps me make better edits. I’ve found on more than one occasion the image before or after the one I first chose works a little better. Regardless, I like having the options available to me, and I like being able to change my mind.