If I've seemed crankier than usual lately, it's because of two things. First, I'm in the middle of having a lot of serious dental work done. This feels like paying dearly to be tortured, which makes it bad in two ways. Having more than one dimension to a bad thing makes it feel worse. Right now, for instance, I would really like to take a nap, but instead I have to go get a root canal. Somehow, the fact that I can't take a nap makes me feel even sorrier for myself than I would normally be feeling just on account of the root canal. The other thing is that, only days before I anticipate receiving my new computer, I reached irredeemable hard drive saturation and had to do a major reshuffling of files, and in transferring my music from one drive to another I managed to delete half of the music I own. I heard that gasp you just made. It wasn't even really my fault*: IDIOTIC iTunes decided that every folder with an identical artist name was a duplicate file, as if no one would ever own more than one album by any one artist. I hope this doesn't make me permanently bitter against iTunes. It might. 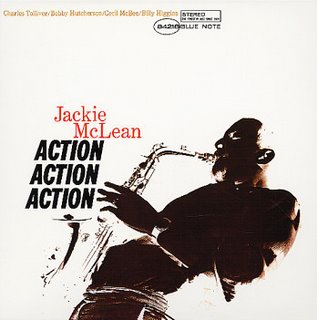 I'm going to keep backing up my photographs to actual disks. If this blog, and I, ever abruptly disappear and never come back, you'll know that I accidentally deleted my entire photographic archive and have been carted off to voluntary incarceration in an asylum somewhere. (Do they still have asylums? Or do all our mentally ill now live in cardboard boxes on city sidewalks?)

Adding insult to injury is the randomness of the accidental deletions...I lost most of my Jackie McLean, almost all of my M. Ward (I'm nuts about M. Ward), Zero 7, Cat Power, much Low, The Fiery Furnaces, all my Bass Communion and Muslimgauze (which I love), and just about every jazz record I've ever downloaded from eMusic...and yet, things that I'll never listen to again, like Kaada, Ciba Matto, and Thievery Corporation, are still insolently sitting there on my drive, perfectly preserved. Like being prevented from napping, this makes the disaster feel even worse than it was. And it was bad.

*Of course, every computer failure that ever happens is the user's fault—that's the only reason why we put up with them.
7:32 AM
Unknown