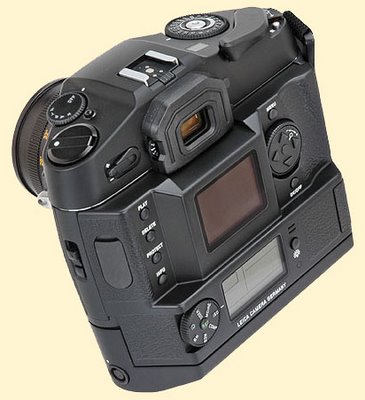 Rob Galbraith has reported that the Leica Digital Module R, which transforms the R8 and R9 SLRs into DSLRs, has been discontinued.

This is presumably because [Warning! Snarky comment alert! Incoming!], like everything else having to do with the R line since, maybe, oh, the 1980s, it was selling poorly.

On the good side of the ledger, despite the numerous egregious flaws identified by people who [Incoming! Incoming!] have not had a bowel movement yet this decade, the M8 is proving to be a successful and robust design among those who actually use it to take pictures with; and it, by most accounts, is selling briskly, deservedly so.

Posted by: MIKE JOHNSTON
9:11 AM
Unknown