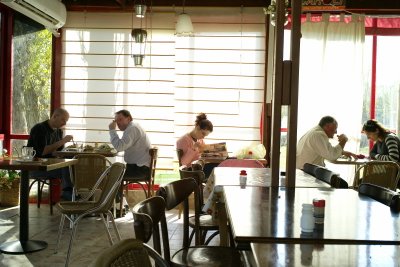 I had two reactions to Mike's somewhat patronizing faint praise for the Leica M8 and his description of its rollout in the DMR post a few days ago.

First, the comparison with Harley-Davidson leaves out a lot that is interesting about the Leica M transition to digital. When Leica went digital it took three steps. There was an S1 technical camera (think of a Horseman with a scanning three-row CCD back) which no one remembers except the folks at New York's Metropolitan Museum, who imaged the back side of the restored Unicorn tapestries, thread by thread, by recording it on an S1 and then creating the world's biggest mosaic. Then the DMR. Finally, they were ready to take the plunge to see if a new revenue stream could begin with the M8.

A digital camera is a computer in back of a lens, encased in a camera body. Leica understands lenses and bodies. Leica marketing must know that all those great lenses are out there, waiting for new cameras to shoot on. But to design the electronics and write the firmware for the stuff inside the camera requires a class of geeks that I imagine both the marketing and optical/mechanical engineering people at Leica dreaded having to deal with. Financial realities would most likely have required that Leica only hire a coordinating layer of people to write specifications and interface with contractors (at Sinar for the DMR and at Jenoptik and Phase One for the M) who really do the work. I imagine the low credibility usually granted to this kind of engineering interface work would not have helped to increase communication among the team of many new people that put the M8 together in less than two years, a short time for a product this complex.

Most of the teething troubles of the M8—streaks, freezeups, battery management uncertainties— have happened to all new models of digital appliances, and get solved in time without too much fuss. Two others are clear reflections of this culture shock. Even before the camera was fully released and posting raw files was permitted, those who could read the bootleg files available, or the spec which said that every raw DNG file would be exactly 10MB long, realized that something was wrong with the public statement that the M8 would offer "full 16-bit" resolution. It didn't take long to figure out that Kodak's 14-bit data was being transformed by a sort of simple gamma transform into 8 bits per pixel. This was confirmed eventually by an article in Leica Fotographie International, so Leica knew this, but the marketing statements were never corrected, even to say "16-bit range" instead of "16-bit resolution." My speculation is that someone in the "untouchable" firmware layer at Leica had tried for a while to explain this to the marketers, but couldn't get them to take the time to really understand the difference, when they were all so busy ensuring that Magnum photographers, fond reviewers, and music celebrities all had their beta M8s in time to make the right impression at Photokina. The trick turns out to be a good one. The M8 DNG files are extremely robust under post-processing, and the extra factor of 2 or more in processing speed, plus reduction of 2x in storage volume, is worthwhile. 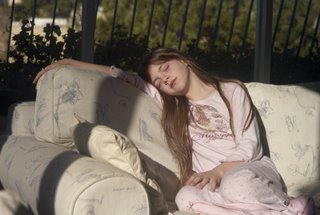 Scott Kirkpatrick, Leica M8 and 1950s 50mm ƒ/2 collapsible Summicron
The other, much more serious, "failure to communicate" was the lack of recognition on Leica's part that ignoring an extremely high IR sensitivity would cause problems for any customer working in color, and some in B&W as well. This issue was understood by the scanning digital back community (but none of those are left at Leica after the S-1's failure). Those have no IR filtration at the sensor. Excess IR sensitivity bit Kodak and Nikon fairly badly with several early DSLR models in the late 90s and early 2000s. But Leica, until after the camera had shipped, continued to believe that this problem affected only fashion shooters who might encounter synthetic fabrics. This problem, more than any other, incited hoots and howls of derision, instant web histories, and even coherent explanations of the effect, its causes, and the different directions for resolution. Leica, to its credit, admitted the problem within two weeks, and formally announced a solution in six weeks. They leaked it even sooner—"forget about a new sensor IR filter design as that would sink the product; it's filters, guys, but we will give you some and prepare a channel if you want more of them."

Trying to get simple, clear answers to complex questions from discussions on the web is possible only if you can learn to extract signal from a fair amount of noise. I've subscribed to the Leica-Camera-Users forum, which has hosted many critical but constructive threads, and which gives full credit to four or five main individuals (plus many others) for providing solutions that early users of the M8 could use and collecting/filtering bug reports. It has taken, typically, one or two weeks at most to get a clear sense of what are real problems and how they can be reliably made to occur. This is misunderstood by some, but once a problem is reproducible, an engineer can do something about it. The best of the forum discussions have uncovered two layers of problems so far, one already solved, a second claimed to be soluble in a coming firmware release. I hope that will be all the major issues, but who knows?

The real payoff is that the M8 takes fantastic pictures. In the right hands, with its 10MP Kodak sensor, 12–14 bit dynamic range, and no AA filter, its only competition is the Canon 5D, which with good lenses doesn't cost all that much less than the M8. That's my experience with my M8 after a month of shooting, and certainly the reason that it is selling well—order backlogs continue for both cameras and lenses.

Scott Kirpatrick spent almost 20 years of his life involved with product developers in various parts of IBM. That's the source of his speculations of the cultural issues involved in trying to engineer a complex product with mechanical, optical, and digital issues and market it effectively. He wrote up a "technical business case" on the M8 introduction, which you can see on his academic web page in PowerPoint or in .pdf.

Posted by: SCOTT KIRKPATRICK
5:20 AM
Unknown