Home » »Unlabelled » In Memory of a Shutter-bug

In Memory of a Shutter-bug

Back when I was editor-in-chief of Photo Techniques magazine, one of my duties was to sort through the many letters the magazine received to find a few short ones to print. As happens at any magazine, among the many ordinary inquiries were a variety of epistolary missiles from an always-entertaining assortment of cranks and crackpots. One enigmatic correspondent, for instance, sent us a perfectly mediocre drugstore snapshot of a field with a nondescript tree stump in the middle distance. One the back was written, "I thought this was a pretty nice stump."

During one period that lasted half a year or so we received a succession of long, rambling, often angry letters from one particular reader, one after each issue was published. Each letter inventoried an astonishing number of grievances. The letter-writer seemed so dissatisfied that I found myself wondering why he subscribed to the magazine at all. After the second or third of these, I was so puzzled I got his number from our circulation records and called him up.

I didn't get through to him that day, but he returned my call sometime later and admitted that he had cleared up a mystery. Evidently he subscribed to a large number of magazines. When he received an issue in the mail, he would read it during the day, and then, in the evening, get very drunk on brandy...in which state he would write long, impassioned letters-to-the-editor, reacting, in quite oblique and unnecessarily detailed fashion, to everything he'd read—and a lot more besides. Then in the morning he'd find the letters on the mantlepiece and throw them in the fireplace.

But it seemed that recently he had not been finding his letters in the morning any more. Not being entirely sure of his own actions—due, no doubt, to his somewhat compromised memories of the evenings prior—he assumed he had simply stopped writing the letters. But after receiving my call, he did some detective work, and discovered (or so he said) that his newly-hired housekeeper had been finding the letters in the mornings and, to be helpful, mailing them for him, looking up the addresses in the still-open issues of the magazines that lay on the couch or coffee table.

If this was a lie, it seemed a needlessly complicated one. At any rate, he apologized profusely, sounding sincerely ashamed. He said again and again that he just wrote the letters to blow off steam and never intended for them to be sent. He also said he had no idea how many other letters had gotten mailed that way, or what any of them might have said—though we both agreed there had probably been some doozies!

An even more puzzling case, at least until one of my colleagues figured it out, was a particular reader who sent a long complaint to the Circulation Department early one December. They quickly dispatched his problem, but soon got another letter even more out of sorts than the first. No sooner was that one answered than a third one arrived. The Circulation assistant, a lovely older woman named Fran who had the most beautiful manners, brought the matter to my attention because, despite the complainant's insistant tone, it seemed his complaints didn't have much...well, substance. 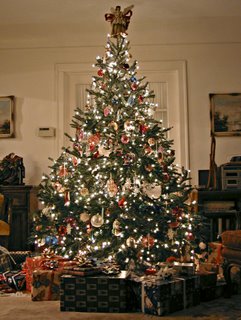 Fran did what she could, corresponding with him several times in the process. Then, around the first of the year, Fran got one last letter. It came from the same reader but was written in a completely different tone—warm, friendly, and effusive, thanking her again and again for all her help.

And that seemed to be the end of it.

...Until the next December, that is. The next year, the same thing happened again—similar complaints from the very same subscriber. Fran checked his records and noted that during the year there had been an address change for him—from a street address to a nursing home—and she got an idea about what was going on. The fellow just got lonely with Christmas looming, she figured, and would initiate complaints to businesses he had dealings with so he'd have a little human interaction during the holidays!

So the next year, Fran was ready: she wrote him a nice long letter in early December! Ostensibly it was to check on his subscription, referencing his issues of the years before, asking cordially about his current service, and, along the way, putting in a good deal of chatty news from the various departments of the magazine.

This time, she got the last letter first—a positively delighted letter dripping with gratitude. Which she answered, of course.

Well, this went on for several years. Every December, Fran and some of the others in the Circulation Department would exchange a series of semi-businesslike but very cordial letters with that reader in the nursing home. For a couple of years we even passed a Christmas card for him around the office that everyone would sign. Fran learned a great deal about him—when his wife had died, how his daughters grew up and moved away, and so on. He didn't even have a darkroom any more, since moving to the nursing home—he just kept taking the magazine to "keep current." Perhaps it reminded him of happier times.

Then one year Fran got bad news. Her pen-pal's copy of the magazine was returned with the words "DECEASED—PLEASE CANCEL" scrawled across the mailing label.

Well, let me tell you...none of us ever had laid eyes on that guy. Not one of us would have known him if we'd passed him on the sidewalk. But more than a few tears were shed around the office that day, in memory of a resourceful old shutter-bug who used to get lonely right around this time of year.

So have a kind word for someone you seldom see this holiday, and maybe send a card. Sometimes, even an incidental amount of human contact is a little gift of kindness, all by itself.