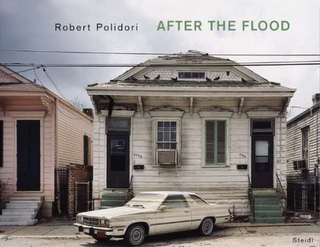 Winner
"The" book of 2006 may not be the easiest or the prettiest book of the year. Published by Steidl, photographer Robert Polidori's massive, detailed documentary investigation of the effects of wind, floods, and bureaucratic foul-up on America's most distinctively beautiful city is meticulous, strangely attractive, and fascinating page after page.

Robert Polidori was not the only photographer to make outstanding pictures in Louisiana and Mississippi after Katrina. (And I have not seen this mentioned elsewhere, but the first photographer I know of to make this kind of extended artistic documentation of the effects of hurricanes was Maryland photographer Jim Sherwood, in the 1980s; I wrote about Sherwood's work for the old Camera & Darkroom magazine. His work constituted an investigation, not just the news documentation typical of earlier eras, and his precedence in this subject-matter area deserves acknowledgement.)

One of the great problems of Katrina is the formidable disjunct between our images on television and the devastation people report seeing in person. Robert Polidori has created a partial antidote to the disjunct, in pictures of "terrible beauty" that people will still be looking at with sober fascination a century from now.

Buy After the Flood 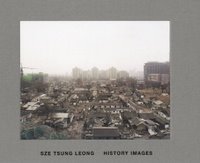 Photographers have always found significant motivation in recording things that are becoming rare because of change. Our world is changing rapidly now, thanks to burgeoning human population, international shipping and communication, and the globalized economy. Leong has recorded the razing of traditional buildings and neighborhoods in the Chinese cities of Beijing, Shanghai, Chongqing, Nanjing, Pingyao and Xiamen to make way for massive new construction, and his sober views of these nearly fantastical scenes is thought-provoking, distressing, fraught with awe. 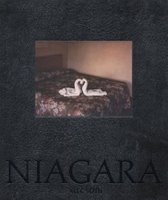 Photography always has room for the poetic, and Alec Soth's wry, beautiful little personal investigation into some of the oddities of turning a natural wonder into a honeymoon destination; along the way he creates a visual meditation on romance that is touching, implies the sordid, and acknowledges both wonder and our decidedly Earthbound nature. The effect is surprisingly wistful. It may, in fact, be a richer experience than an actual visit....

These are not new portraits, mostly. They've been seen and celebrated in numerous outlets and venues over recent years, from the cover of National Geographic to art galleries. But this book may be the best way to own and enjoy a selection of them for yourself. The large size works beautifully and the reproductions seem almost as rich and deep as oil paintings. This is one of those books that's more than the sum of its parts, a nice object to own and a great way to enjoy this outstanding work.