So far, we've only taken advertisers who have come to us. Is that any way for a salesman to act? Fact is, my ad salesman is so bad I'd fire him, if he wasn't...er, well, me.

My original idea for ads on this site was not to go after the big names, necessarily, but just to have just a few choice ads from a few "different" great companies. You know, maybe have one software company, one camera company, one printer company. There were going to be three ads "above the fold" as Eolake puts it (the "fold" in this case being the "Recent Posts" and "Archives" listings you see there on the left). Below the fold, I wanted to make it easier for smaller companies to come on board, so I designed discounts for those slots based on the size of the company. I'm hoping that's legal. (Typically, my ad guy has no idea. Who hired him, anyway?).

Below the fold, Lensbabies just came back on (weclome back to them) and we have a brand-new sponsor, Pixel Vistas, joining Alain and Eolake. 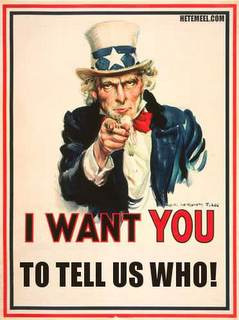 Above the fold, LightZone's steadfast support has been a godsend—seriously, I'm not sure this site would exist without them. But it would be nice if they had a little company, too, in the form of the 120 x 240 and 120 x 180 pixel ads that were supposed to go underneath LightZone's 120 x 300 one. So I've got to put ad guy to work. The thing is, facing facts, there aren't but so many LightZones in the world. To sell those other two ads, I'm really going to have to light a fire under ad guy's butt. I hate being the slave-driver, but he's never going to come through otherwise. (The idiot definitely belongs in Creative.)

So my question is this. We don't have the resources to try to sell everybody. Given my ad guy's minimal experience, limited competence, and even more limited energy, we're going to need to pick our targets. So here's my question...what is your favorite photo-related company? Who would you most like to see advertising on T.O.P.? Who do you think shares The Online Photographer's particular (peculiar?) gestalt? Let me know, and we'll try to sign them up.

Even if I have to chain ad guy to the desk.